Annie's updates from the US and UK 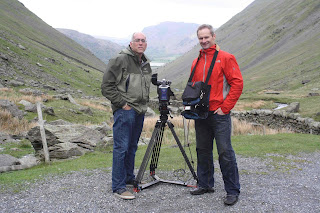 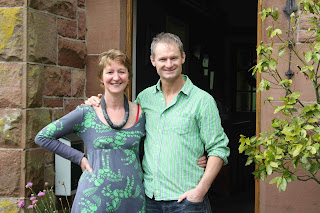 After sending my Hotdocs party clothes back to New Zealand, Peter Gilbert (one of our two DOPs) and I set off to begin shooting. We started with three historians/participants in the US. All have had a real commitment to Cambodia — for example one of the three Elizabeth Becker lived in Cambodia up until 1975 when she was thrown out by Pol Pot. She was then asked back by him for a propaganda tour and one in her party of three was murdered during that last trip.  The three historians all managed to make Cambodia’s history, a complicated Cold War affair, lucid and accessible so that was an encouraging start. 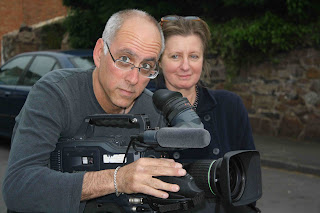 We then set off for the UK which went really well although emotionally difficult at times. We started in Loughborough in the midlands and interviewed two Englishmen who had been on Foxy Lady just prior to the fatal voyage and had not known of the murders until a few years ago. We filmed them in a very picturesque pub — despite the three decades intervening, they remained very emotional. And then we headed north to interview Hilary, John Dewhirst’s sister (he was the Englishman tortured and killed along with Kerry Hamill).

Although I have known about Pol Pot of course, the reality of the pain he has caused really hit me through Hilary.  She lives in this exquisite Lake District area full of old stone walls and cute villages, not far from where she and John were brought up.  She has been unwilling to be interviewed before about her brother and in this instance, is prepared to because of  Rob Hamill ‘s(the brother of the murdered Kiwi) key role in the film.  He of course will be confronting the man, Comrade Duch, responsible for the treatment of their two brothers. I know Rob will be speaking for Hilary as well as for himself.

Rob is really strong on camera — a real Kiwi sportsperson who unusually enough, is prepared to express grief and emotion. Both he and Hilary can barely comprehend what the Cambodians must have been through — and mentioned the trauma of the country constantly.

And Peter Gilbert as DOP was brilliant not just on camera but also as a “directorial advisor”. Even though I have taught myself for so long, I am self-taught, so it was great to feel a bit “mentored”.  Plus he is funny and communicative and really helped during the tough moments. So all good.