Vann Nath is best known for his paintings depicting graphic scenes of torture and dehumanization that went on within the walls of S21.  He also did two paintings for me.  The first, on my request, was of a photo of my brother Kerry and his girlfriend Gail on board Foxy Lady.  The second very poignant painting was produced on Nath’s insistence.  It is an image of how he remembers seeing my brother being escorted into the prison by a young guard. 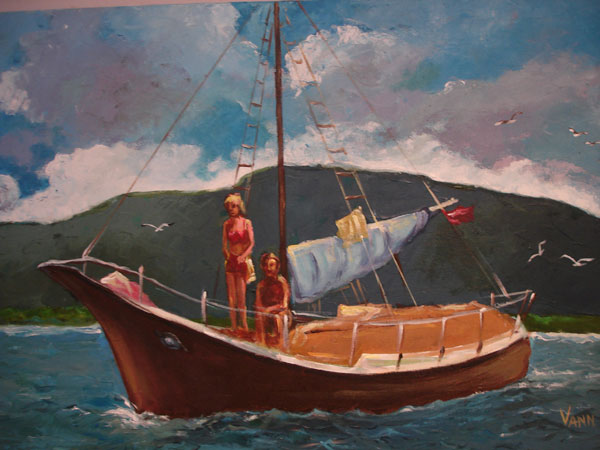 'People died one after another, and at about 10 to 11 pm the corpse would be removed, and we ate our meal next to the dead body and we did not care anyway because we were like animals,' he said. 'I lost my dignity.'

Mr Vann Nath was the first witness to take the stand in the trial of Duch.  He told the court that he wanted 'something that is intangible: that is justice for those that already died.'

'I hope that by the end of the tribunal that justice can be tangible, can be seen by everybody,' he said.

Vann Nath had a unique way of dealing with the past horrors.  In the few meetings I had with him he resonated calmness and dignity.  Even when discussing the terrible treatment he experienced he did not openly display his anger.  Vann Nath’s character is beautifully captured in probably the most poignant moment in Brother Number One.

My thoughts are the Vann family and the remaining known survivors of S21, Mr Chum May, Mr Bou Meng and Mr Norn Chanphal.